foster + partners has teamed up with virgin hyperloop one and DP world to launch a vision of an ambitious future. if all goes according to plan, the trio will develop the world’s first continental shipping hyperloop, which could connect asia with dubai and europe. 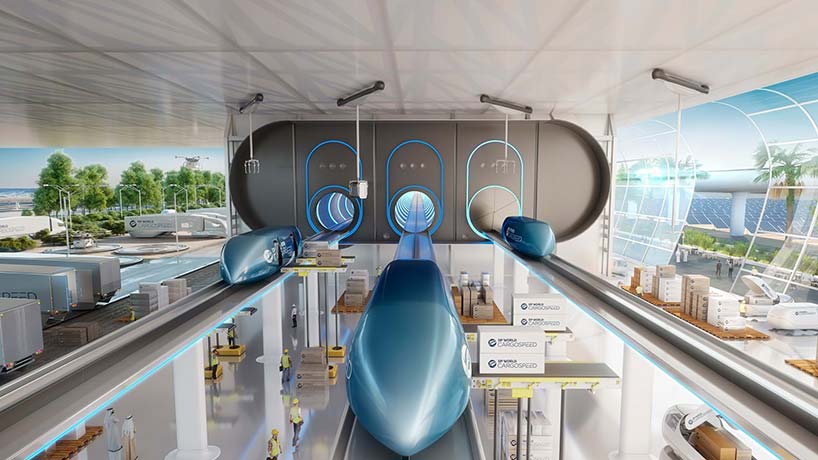 foster + partners’ role in the project is to work on the human interface and architectural design for virgin hyperloop one and DP world. the recently released video hints at the project’s potential aesthetic, depicted here as a long metal sheathed warehouse/docking center. the docking area raises out of the ground at an acute angle and transitions into a glass chamber, where the vessels terminate their journey, or pause for a quick stop. the interior of the warehouse is equally futuristic, with white lamination, blue LED lit tracks, aerodynamic curves and autonomous robots unloading the azure pods that stand still for the first time in hours; not long ago they would have been traveling across the earth at the speed of a jet plane.

this new shipping project marks the beginning of a new era, and with it naturally comes new design questions. the architecture and design of this structure plays a large role in its functionality. how will this new infrastructure change our landscapes? what is this hyperloop facility to be called? these are among the few questions this project poses for the design world as well as for the user and their experience. 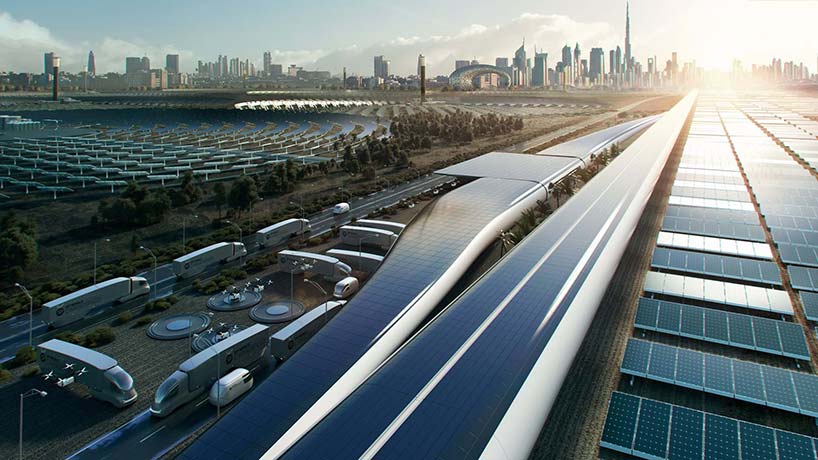 foster + partners explains that this advancement is driven in part by a newfound ‘on-demand lifestyle’ as well as the the population’s growing preference of urban environments. this project could help make our chaotic urban lives a little more fluid and convenient. as depicted in the video, those involved believe in automation on all scales — not only are the pods piloted by robots, so too are the trucks depicted in this future scenario. this could prove to be a big ecological benefit, reducing the tremendous fossil fuels consumed to ship our everyday products across the globe. with the waiting times of shipping so drastically decreased, who knows if anything will be made locally in the future. 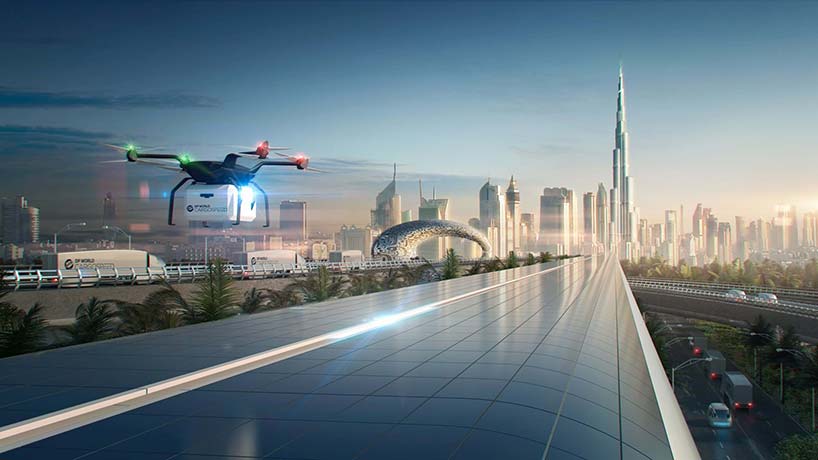