As countries around the world look for ways to lessen their carbon footprint, the construction industry is a popular target: buildings generate nearly 40 percent of global CO2 emissions each year, with more than 10 percent of that coming from building materials and construction.

Scientists in Germany have developed a way to turn popcorn into an insulation material that's less expensive and more sustainable and environmentally friendly than current options.

Good insulation reduces heating costs, which lowers CO2 emissions — but some 90 percent of insulation is made from petroleum-based plastic or mineral fiber.

Those non-renewable materials generate carbon during manufacturing and are rarely recycled when a building is torn down, adding to pollution.

A research team at the University of Göttingen has unveiled insulation boards made of granulated popcorn that not only trap warmth in, but offer good protection against fire and are also water-repellent.

'This new process, based on that of the plastics industry, enables the cost-effective production of insulation boards at an industrial scale,' lead researcher Alireza Kharazipour, a professor of technical mycology at the university, said in a release.

'Especially in the field of insulation in construction, this ensures that natural insulation materials are no longer just niche products.'

Scroll down for video 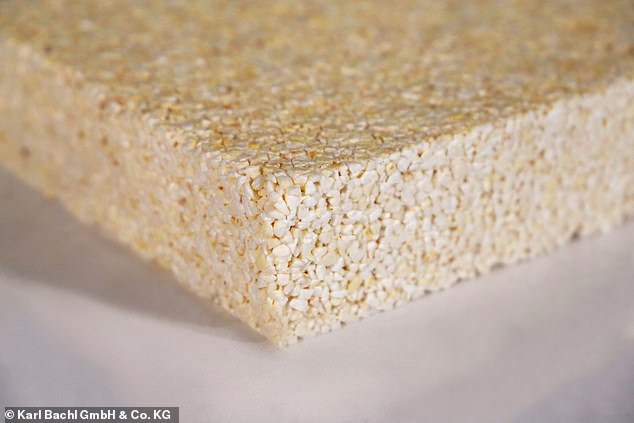 A research team at the University of Göttingen has unveiled insulation boards made of granulated popcorn that are more sustainable and environmentally friendly than petroleum-based options. The plant-based material not only traps warmth in, but offers good protection against fire and is water-repellent

Kharazipour first took notice of popcorn's unique properties while going to the movies back in 2008.

Holding a piece between his fingers, he noticed its similarity to polystyrene, the material used to make Styrofoam.

'It felt like polystyrene and was just as lightweight,' Kharazipour said.

Popcorn, however, doesn't have polystyrene's downside, which has been shown to damage the environment and is harmful to humans.

The ubiquitous polymer doesn't biodegrade and is often ingested by marine life that mistake it for food.

It's also been linked to cancer, vision and hearing loss, impaired memory, and nervous system effects in humans. 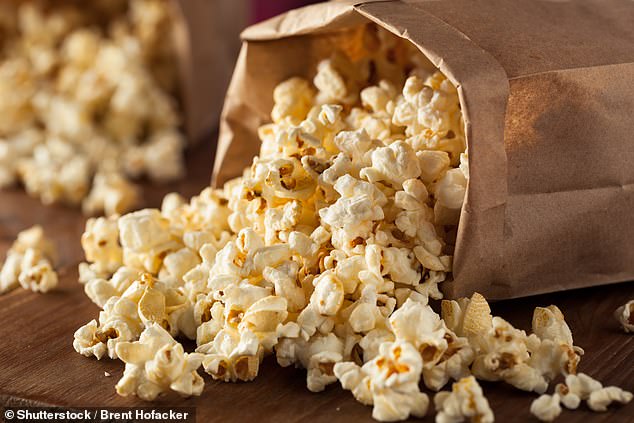 Alireza Kharazipour, a professor or technical mycology at the University of Göttingen in Germany, first took notice of popcorn's unique properties while at the movies back in 2008. 'It felt like polystyrene and was just as lightweight,' Kharazipour said

Styrofoam contains styrene, which leaches into foods and drinks carried in Styrofoam takeout containers. And when Styrofoam is exposed to sunlight, it generates air pollutants that deplete the ozone layer.

Kharazipour and his team of researchers went to work and eventually unveiled their granulated popcorn packaging, 'Abocorn,' at the LIGNA industrial trade fair in 2019.

They offered it as a plant-based alternative to Styrofoam that could be used in 'packaging for electronic devices, acoustic insulation panels, door leaves and even booster cushions.' 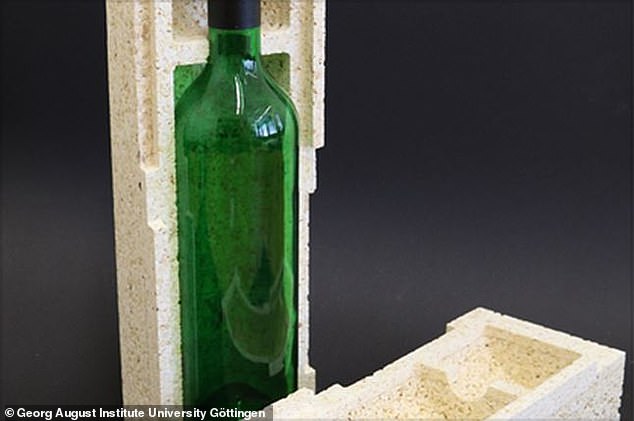 Now they're taking aim at building insulation: the university has signed a license agreement with the Bachl Group, a German building material company, for the commercial use of Kharazipour's process.

'We are delighted to be launching such an innovative insulation product using popcorn onto the market together with the University of Göttingen,' said Michael Küblbeck, Bachl group managing director, said in therelease.

'For us, this is another important milestone in our strategic development towards becoming an integrated, multi-material insulation supplier,' Küblbeck added.

'Popcorn insulation complements our quality range perfectly and means we can respond even more precisely to the different requirements of the market and our customers.'