after eight years of design and construction, the new headquarters of amorepacific, korea’s largest beauty company, is complete. designed by david chipperfield architects, the 30-storey cube-shaped building broke ground in central seoul in 2014, and provides a place of work for 7,000 people. meanwhile, three roof gardens, on the 5th, 11th, and 17th floors, serve as external areas that offer views over the city and the mountains in the distance. 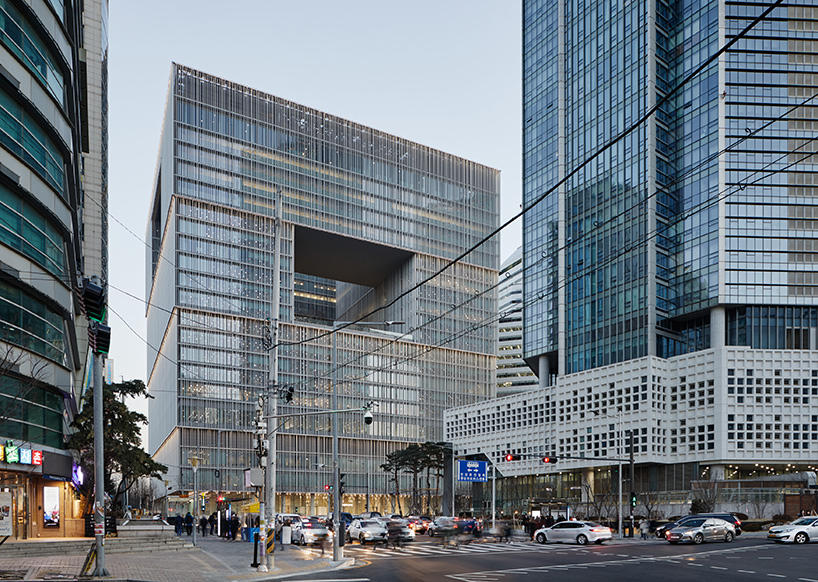 the site, which has been occupied by amorepacific since 1956, is situated next to a former US military zone that is being transformed into a new public park and business district. david chipperfield architects describes the design of the building as both ‘abstract and gestural’. based on the concept of a white porcelain ‘moon jar’, which symbolizes korean beauty, the monolithic structure is developed around a central courtyard that maximizes natural ventilation and daylight. with their brise-soleil cladding, the façades not only provide shade and reduce heat load, but also allow the structure to be perceived as solid, open, and light. 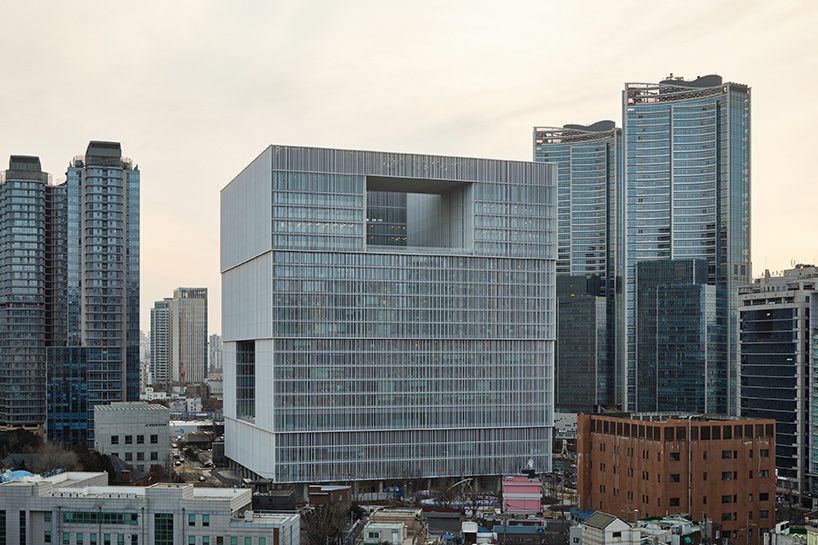 the building shown in its urban context
image © noshe

the lower levels of the building are used as cultural spaces, with visitors greeted with a large atrium as they enter the lobby. public amenities — such as the museum, auditorium, library, restaurants and childcare facilities — surround the atrium, ensuring that the project is embedded within seoul’s growing metropolis. the fifth floor contains facilities for staff, with a large cafeteria joining a gym, lounge, and massage room. above, floors 6 to 21 contain a range of offices and workspaces. 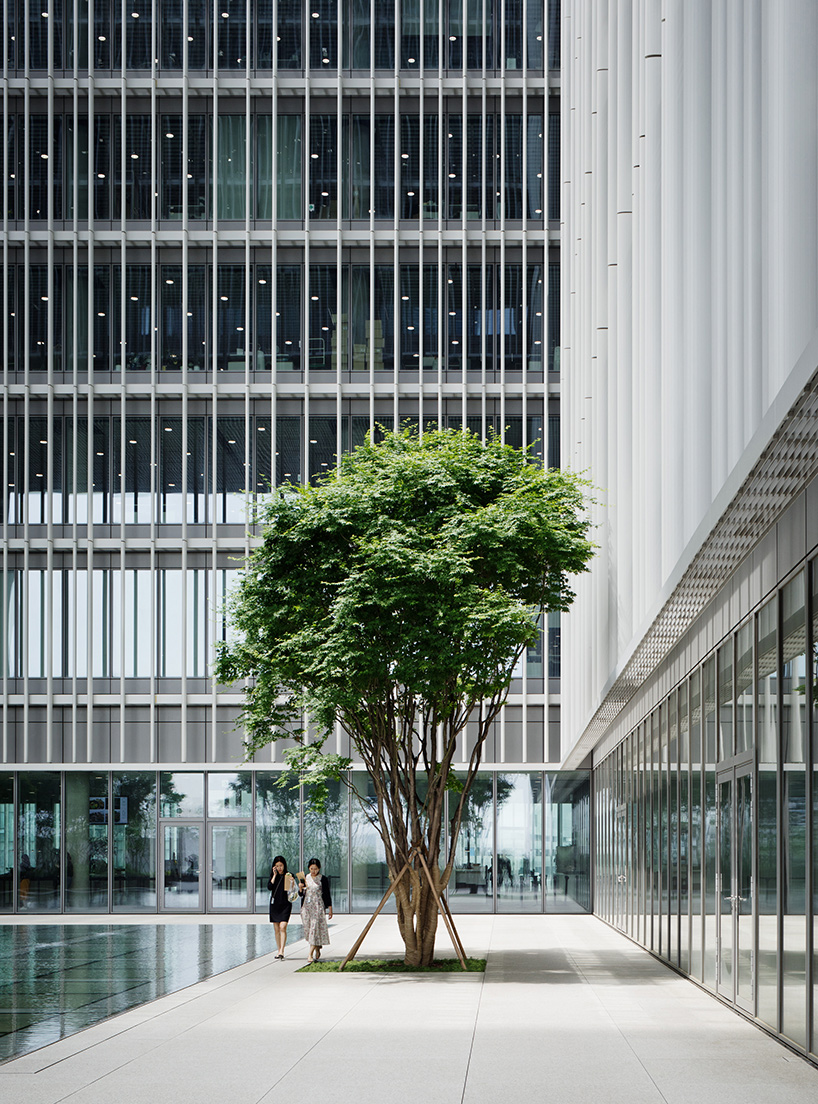 ‘the building suggests generosity of spirit to the people who work here and the citizens,’ says david chipperfield. ‘it is more than an office, it is something that mediates between the company and the city. it shows how a company can participate in the larger community.’ 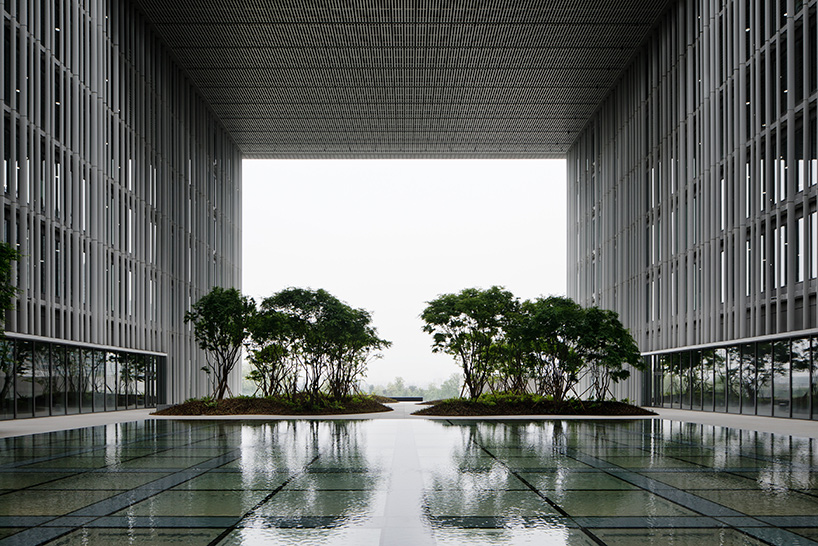 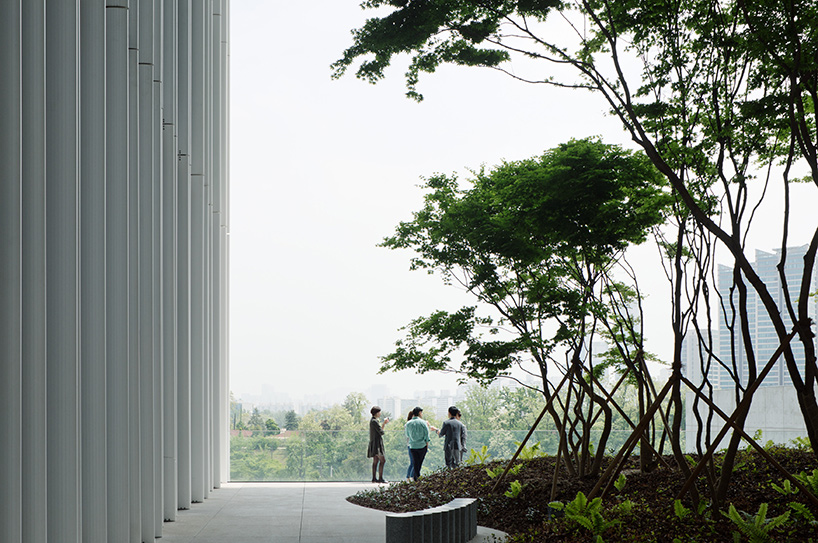 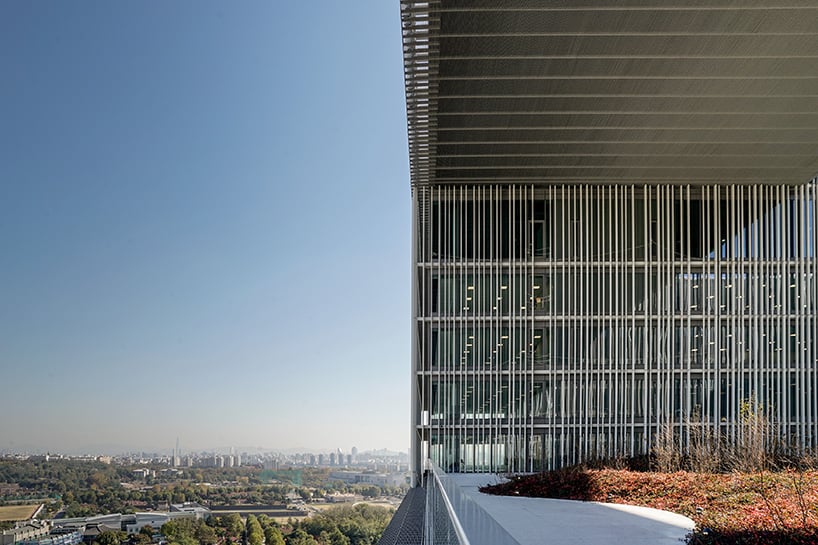 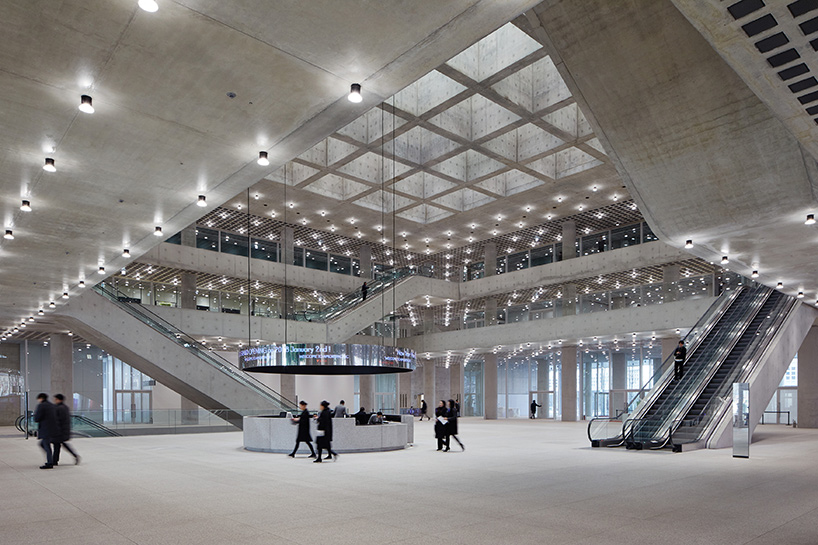 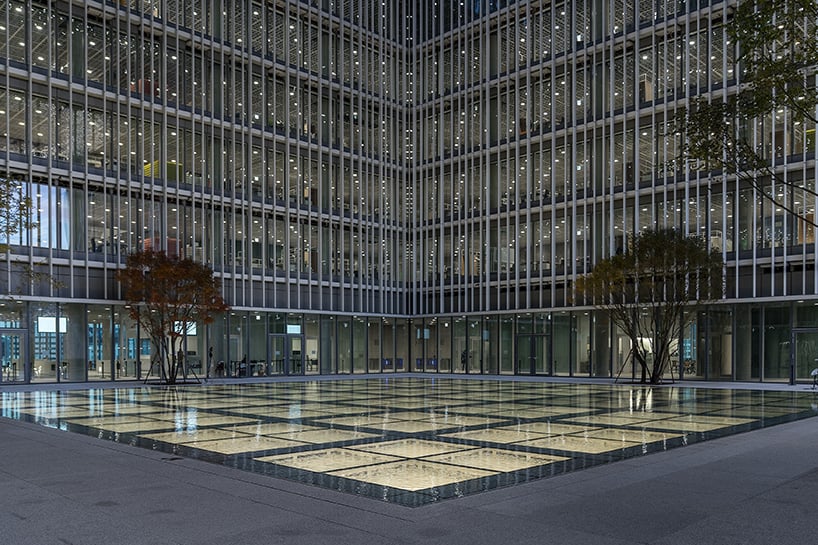 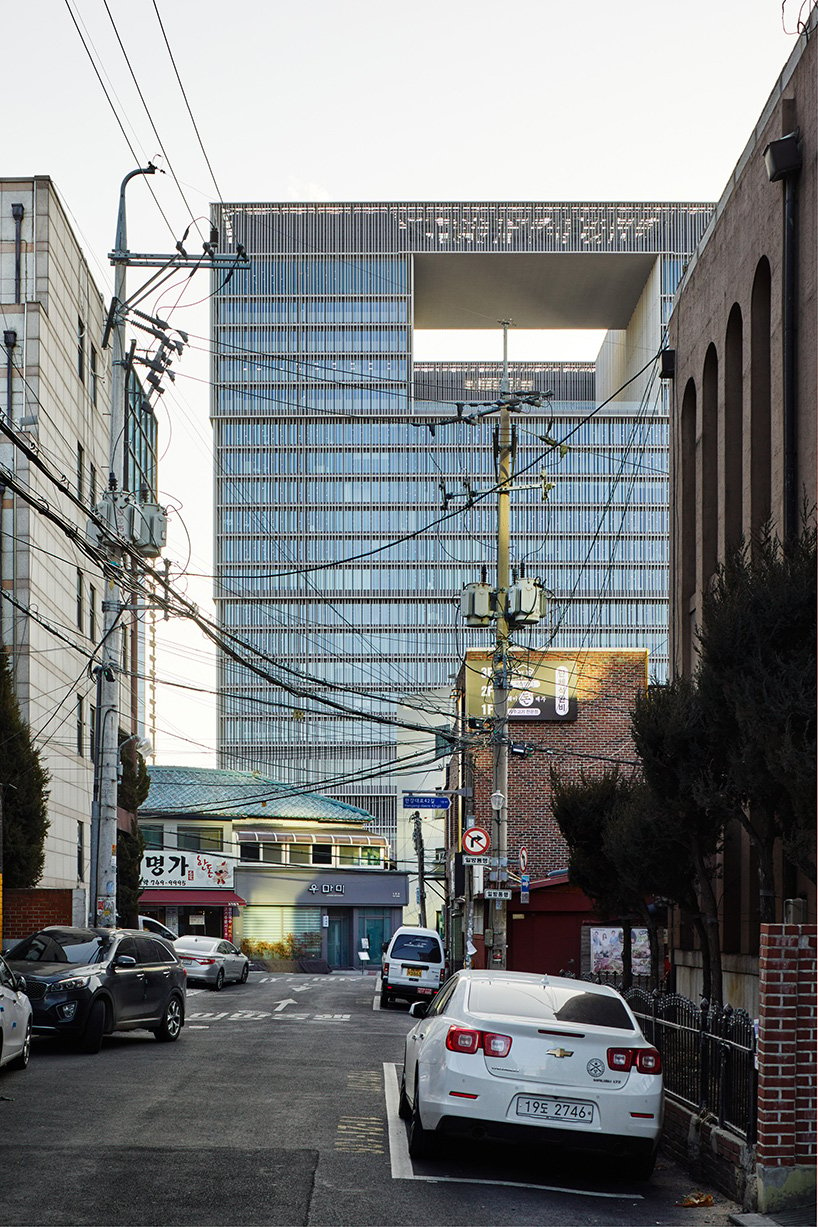 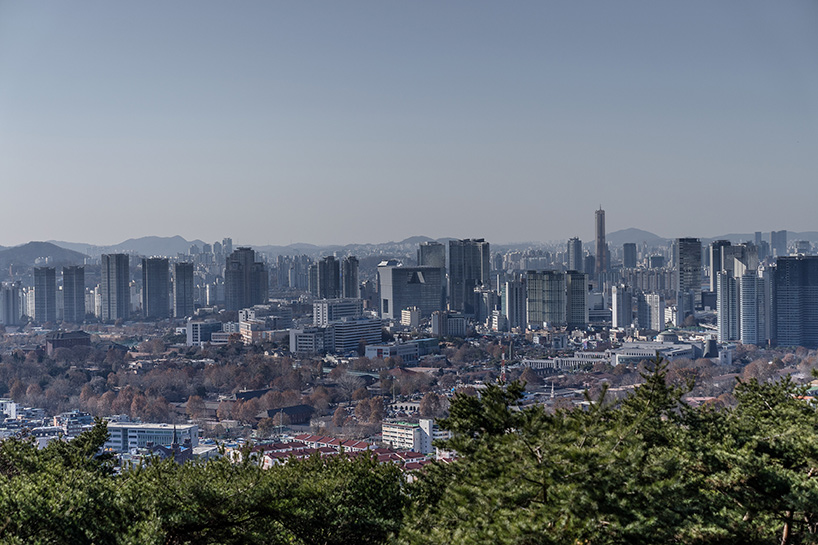 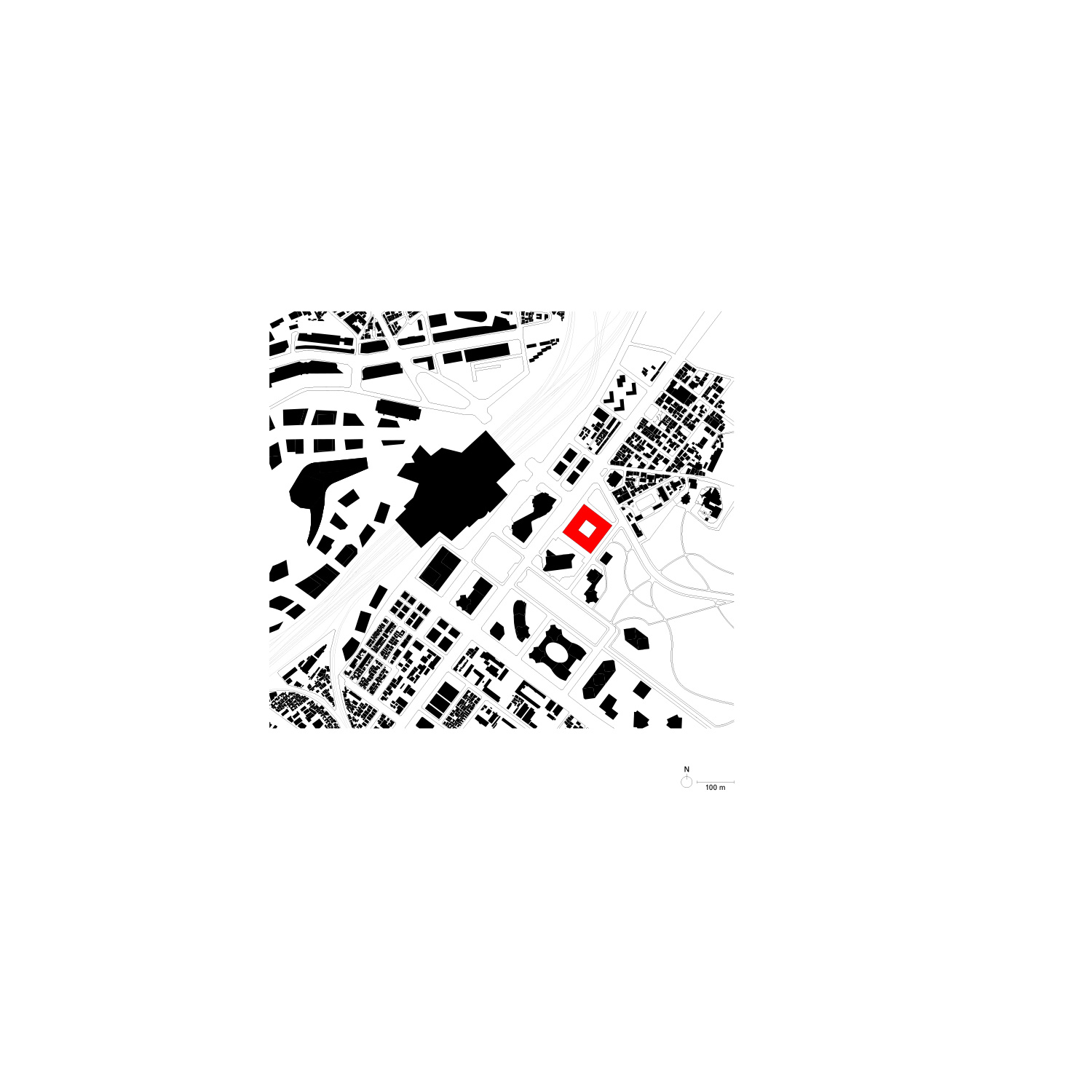 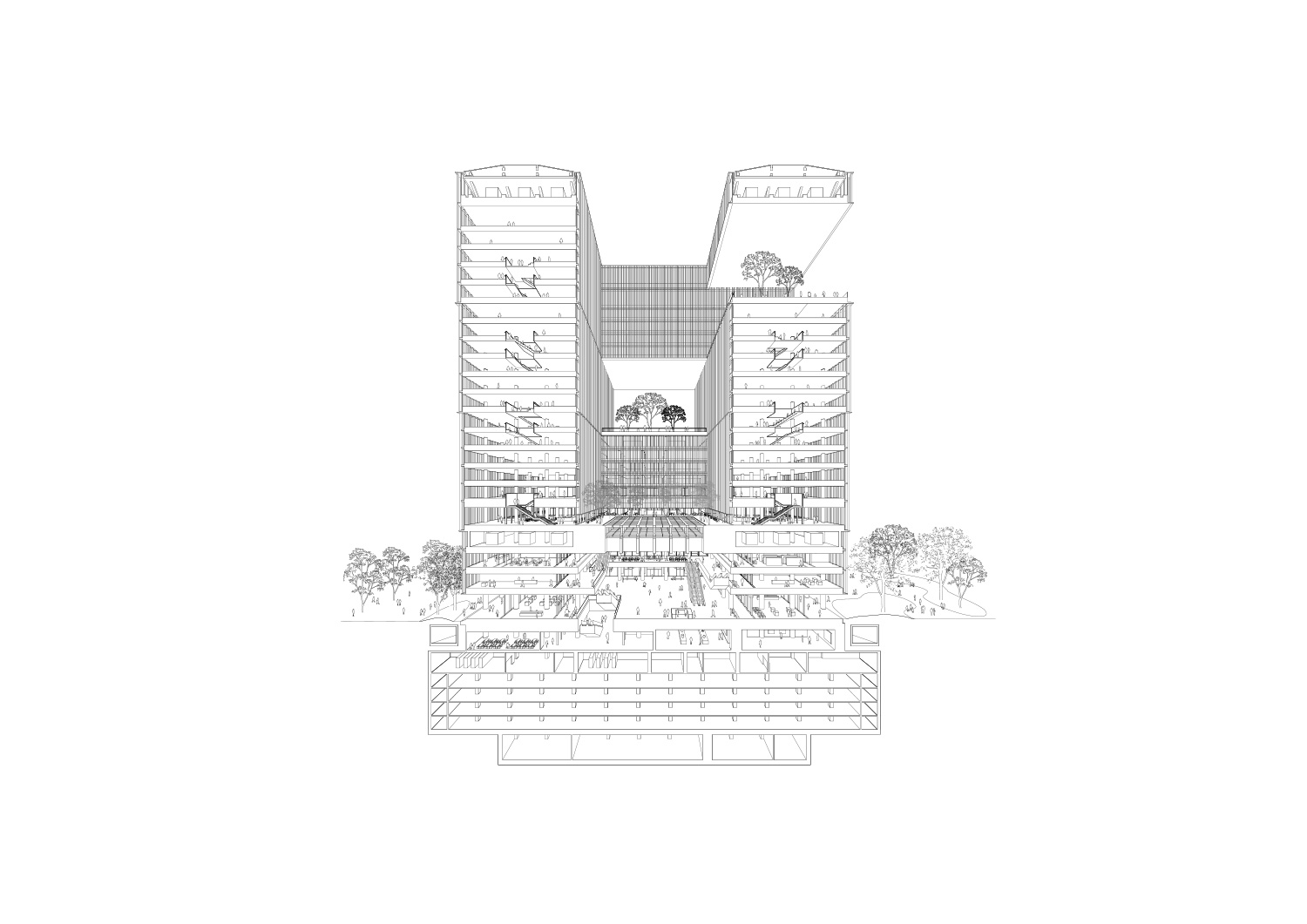 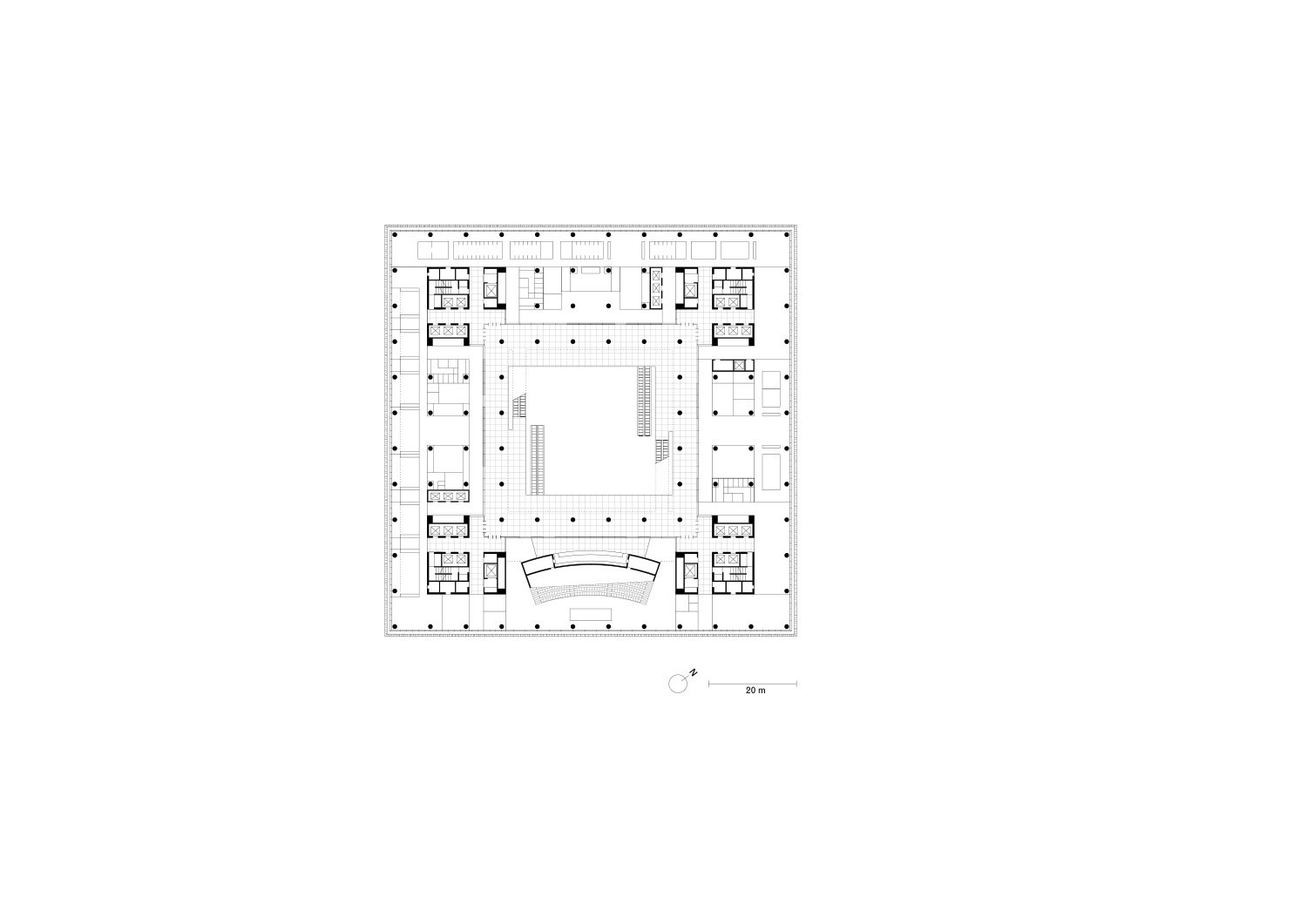 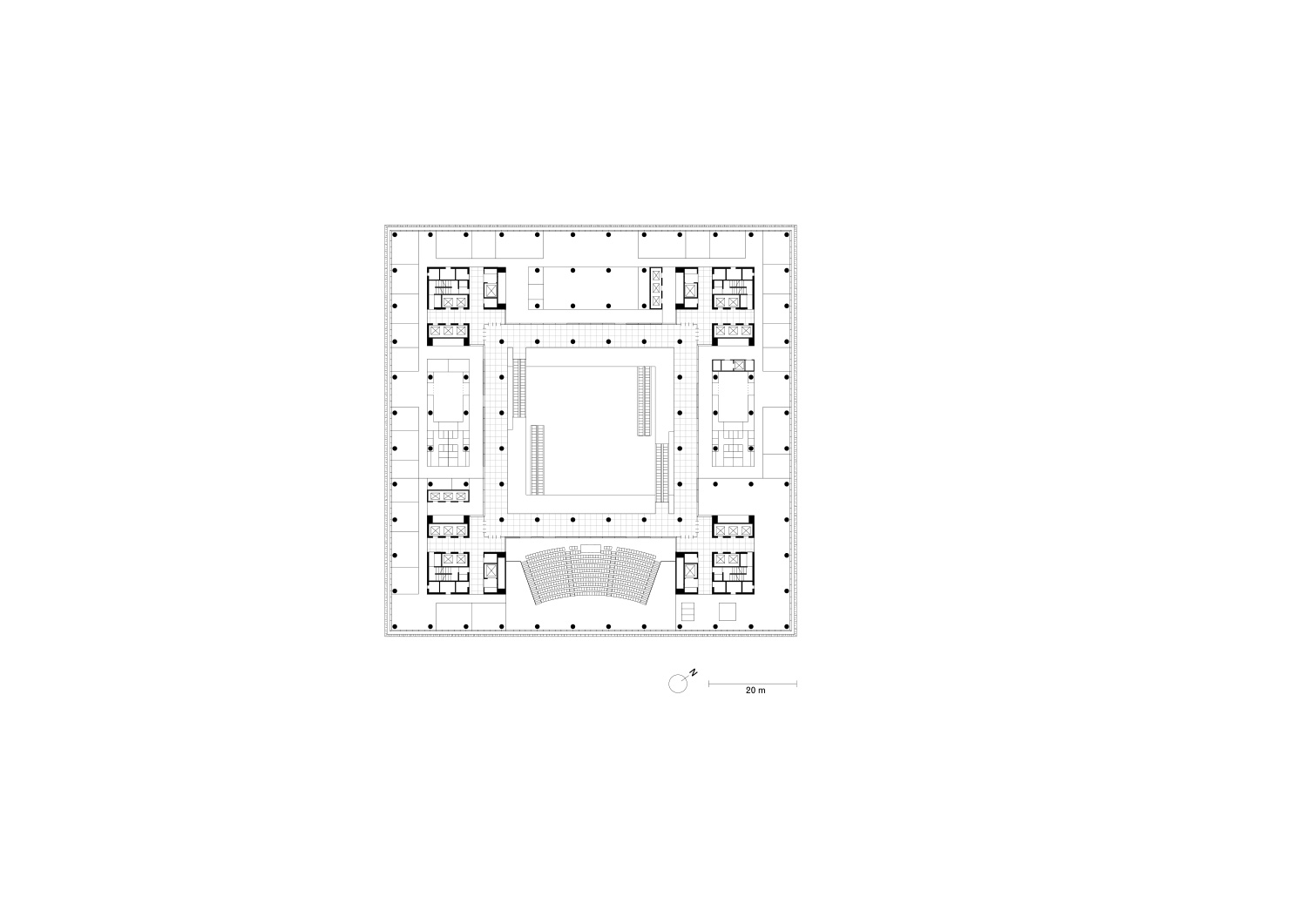 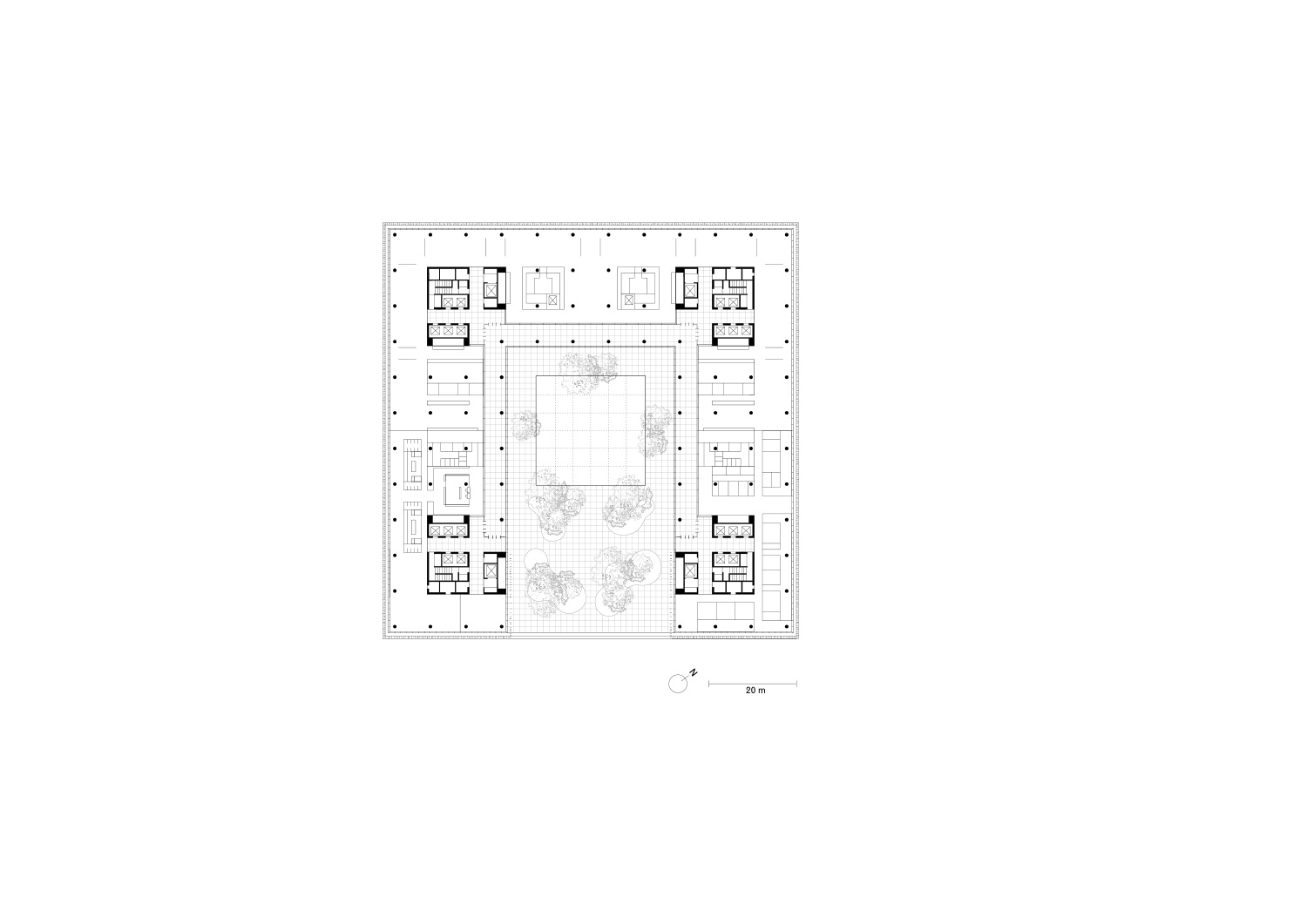 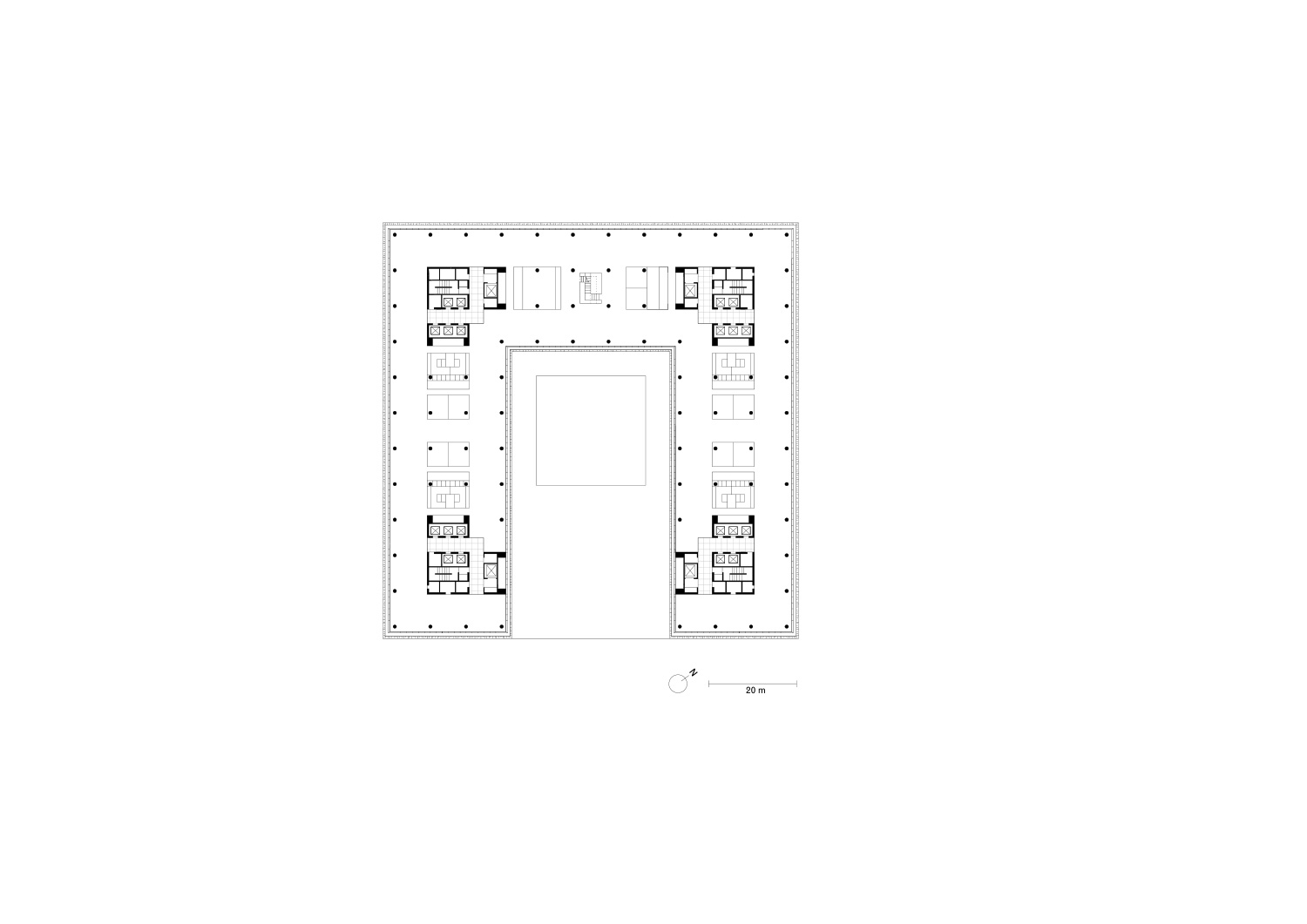 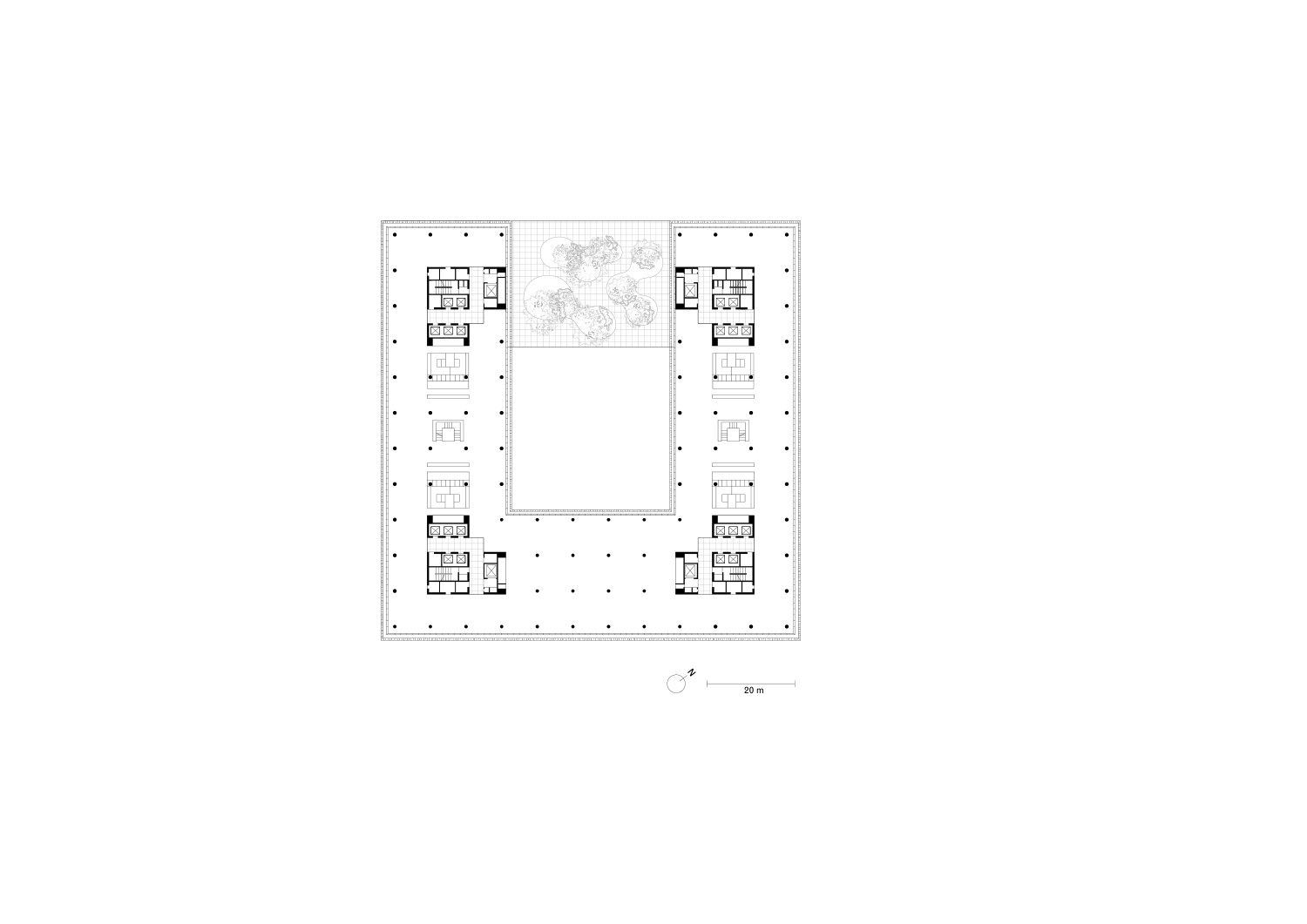 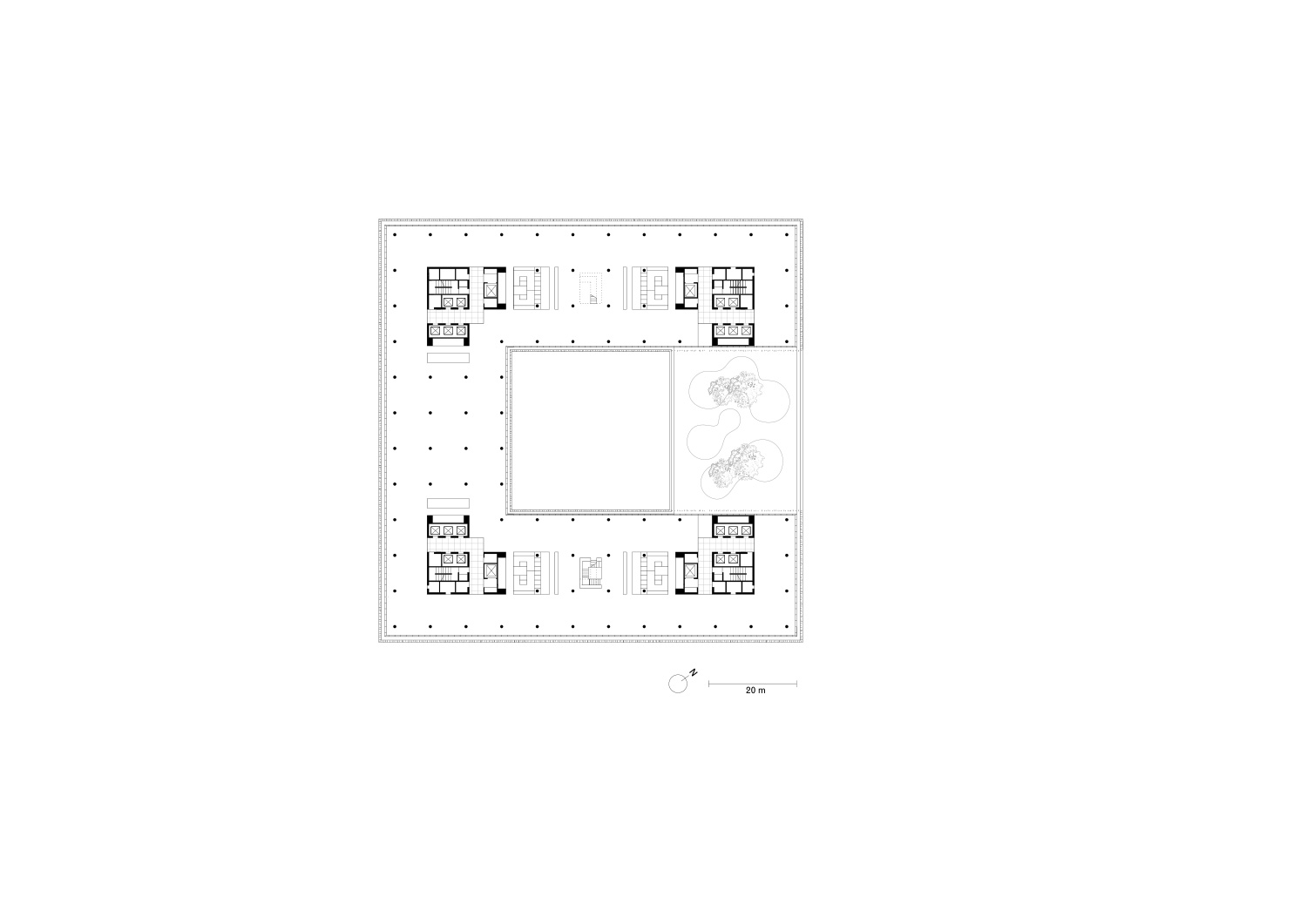 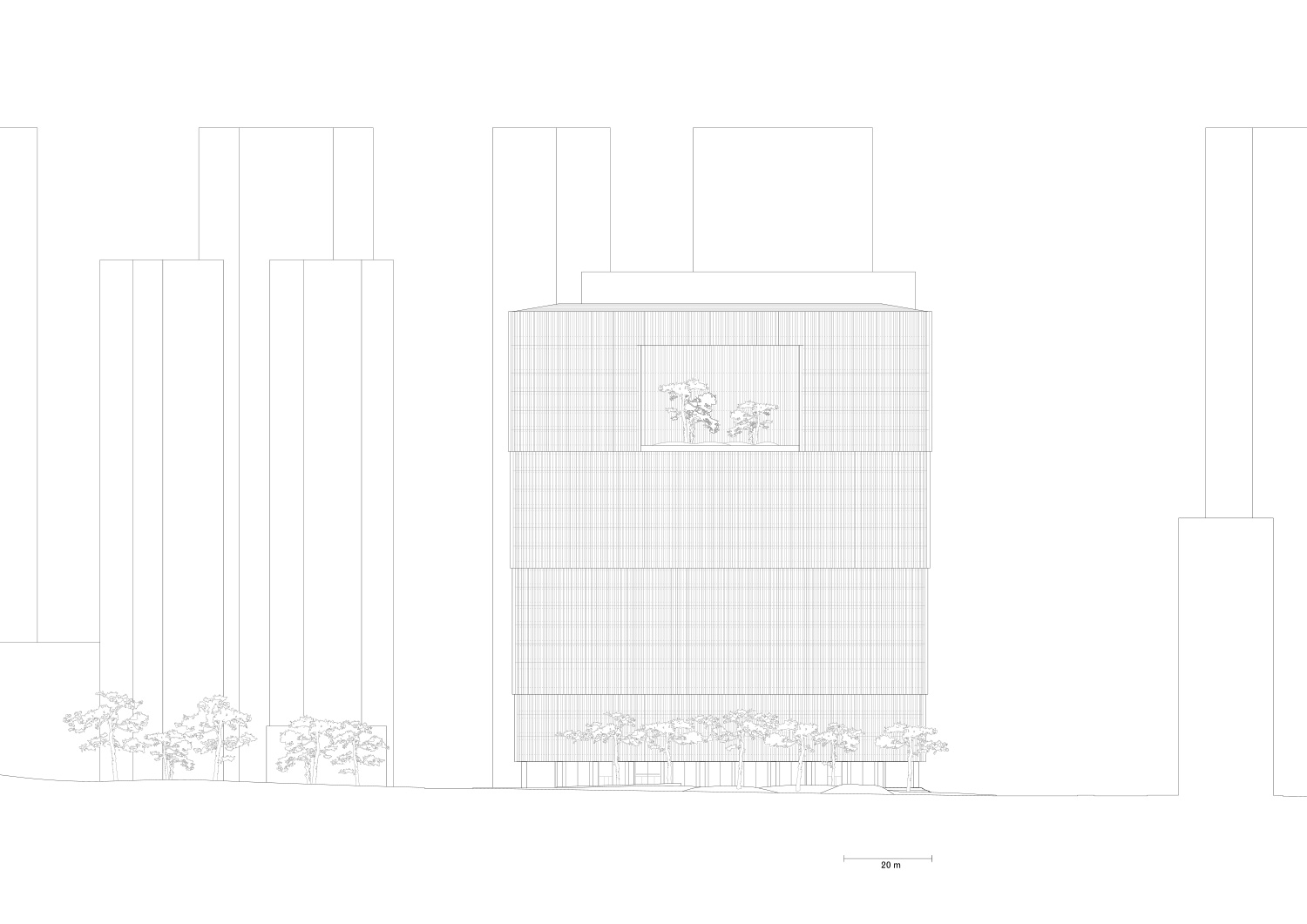 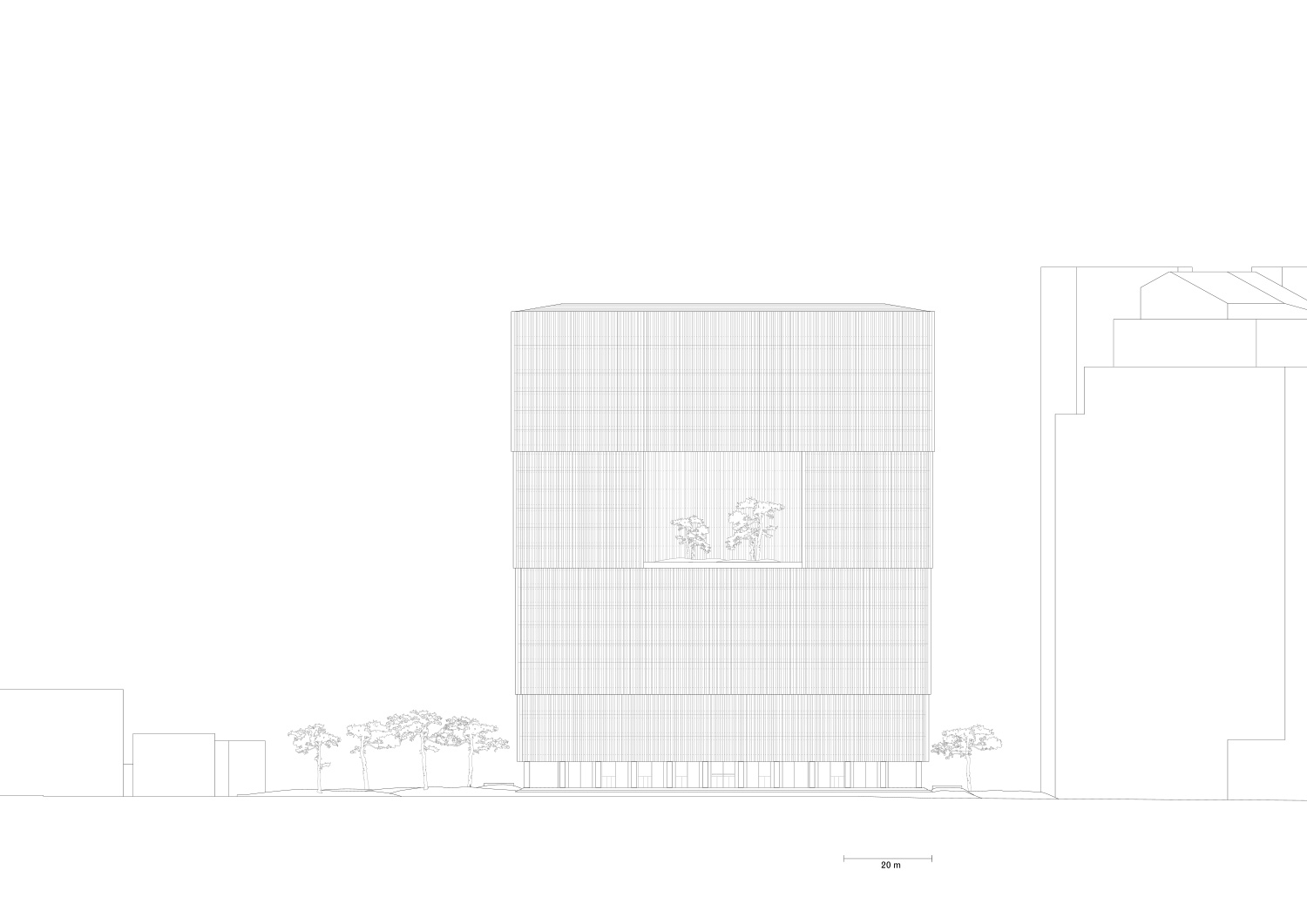 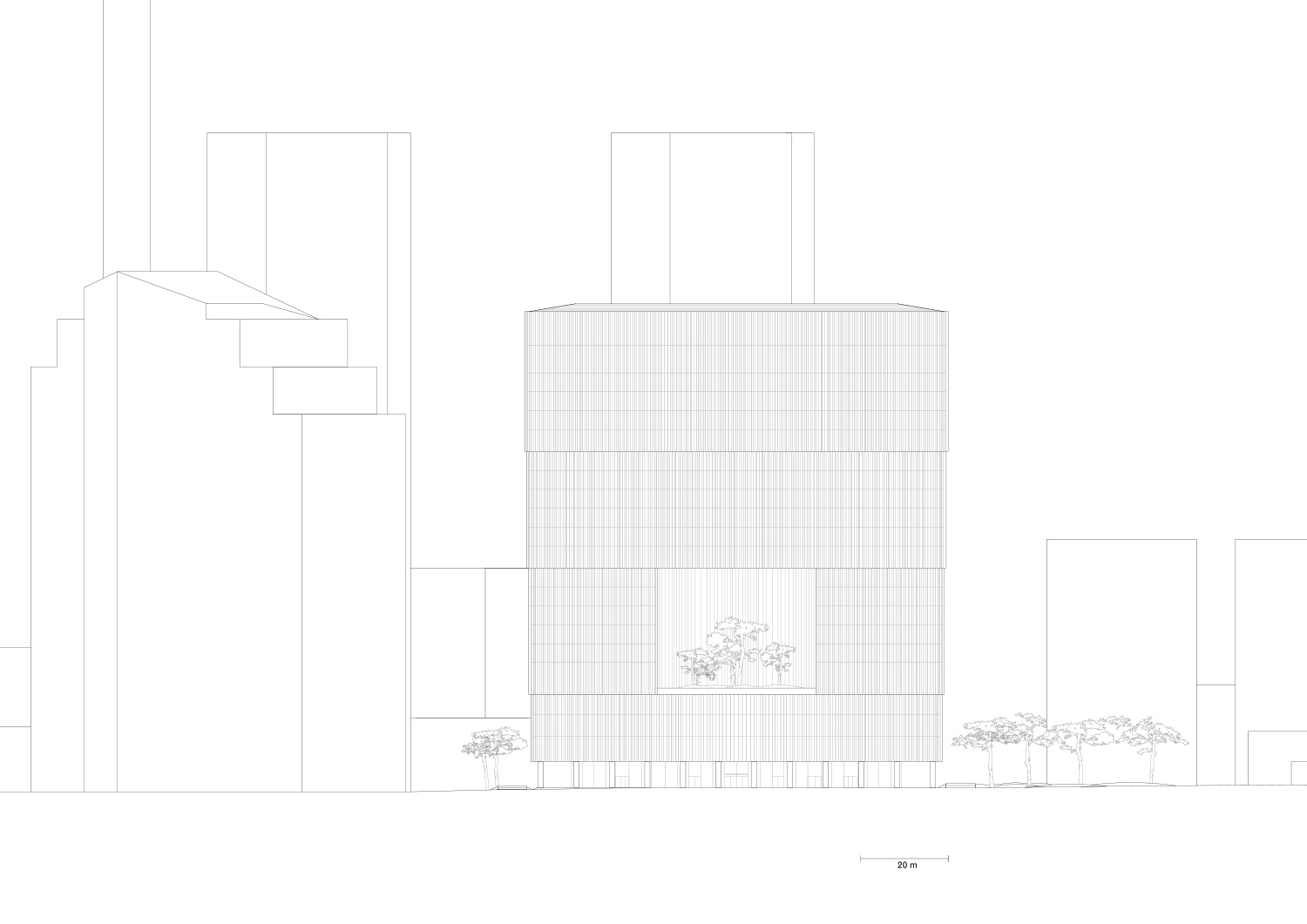 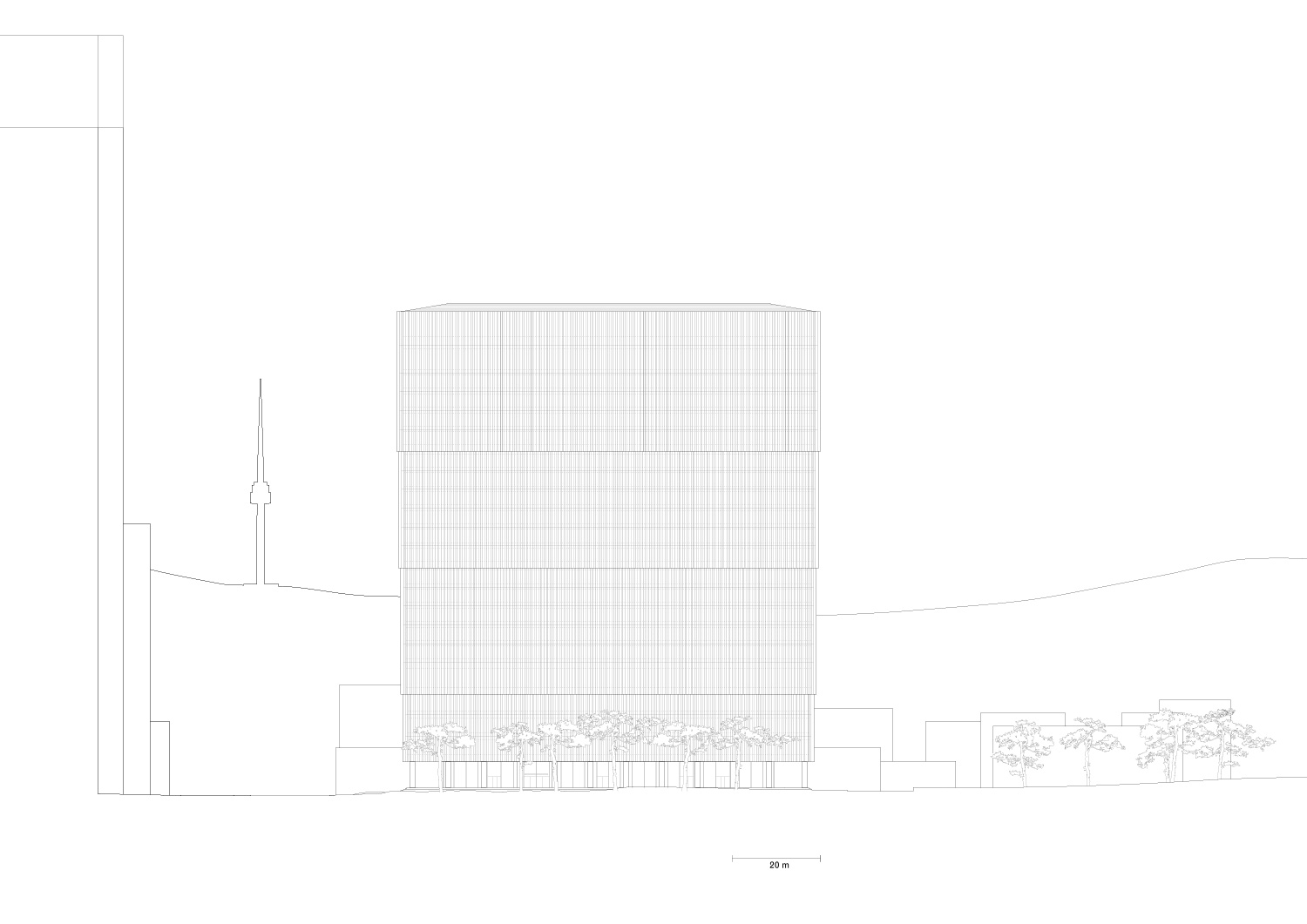