Research carried out at the École polytechnique fédérale de Lausanne (EPFL) has suggested that sacrificing the ground floors of buildings may be the best way to protect them from tsunamis.

PhD student Davide Wüthrich conducted a number of experiments using the Swiss university’s Laboratory of Hydraulic Constructions (LCH). A small metal box with numerous openings was used to simulate a building with multiple windows and doors. The box was placed in a 15.5m canal that could replicate tsunamis and storm surges. Wüthrich carried out over 350 different experiments in the test canal, each time changing the number, height and/or size of the openings.

Once the experiments were completed, Wüthrich used the data to develop an empirical equation that can estimate the forces generated by a wave when it hits a building, based on the size and shape of the building’s openings and the wave’s hydrodynamic properties. The study concluded that openings on the lower floors were the most effective at dampening the impact and reducing upstream water levels.

“We found that there is a linear relationship between the amount of openings in a building’s architecture and the reduction of a wave’s impact,” he said. “For instance, if a building’s façade has 60 per cent openings – due to doors and windows, for example – then the impact of a water surge will be 60 per cent lower. And according to our calculations, a building needs to have at least three to five stories, depending on the size of the wave, for its occupants to be able to safely escape to its roof.” 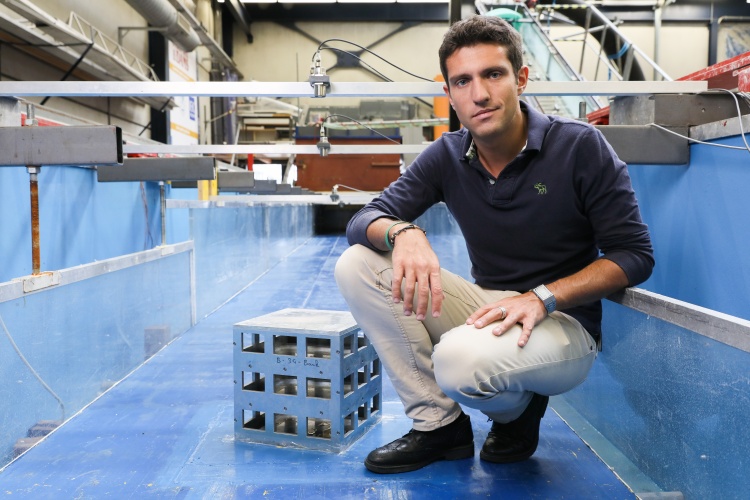 While it may seem unusual for tsunami research to be conducted at a university in a landlocked country, Switzerland suffered such an occurrence in 563 AD. Known as the Tauredunum event, it is believed to have been caused by an Alpine landslide displacing sediment in Lake Geneva. The resulting wave caused significant loss of life in Lausanne and Geneva.

As well as potential applications in his own country, Wüthrich’s work has also gained attention in Japan, where a research agency is hoping to numerically model the findings for local use.