References to a “flagship” store in Taipei’s A13 plot reach at least as far back as 2016, when Far Eastern Group chairman Xu Xudong claimed Apple would build at the site. Xudong’s conglomerate won a bid for the plot in 2003, but the land remained undeveloped until recently when construction began on Far Eastern’s mall.

If Xudong’s comments and recent photos pan out, Apple’s store at the base of the retail tower will not only be the second in Taiwan, but the second in the Xinyi district of Taipei. Since the opening of Taipei 101 in 2004, the region has quickly grown as a financial and commercial hub in Taiwan. Between now and 2020, at least one major department store project is expected to open every year. The Far Eastern Xinyi Mall will likely be completed in 2019, but Apple’s rumored store looks much closer to completion. No speculative timeline has been given.

A short, 10 minute walk from the construction site is Taipei 101, where Apple has been displaying products and hosting Today at Apple sessions since last June. 88 floors above is Taipei 101’s Observatory, a public deck where visitors can get a bird’s-eye view of the Far Eastern mall in progress. Just beyond the mall lies the Tao Zhu Yin Yuan tower, a twisting skyscraper known for its sustainable design.

Construction was already well underway at the mall site last summer as Apple was welcoming its first guests in Taiwan. A photo from September shows the building’s foundation, where two large impressions in the concrete indicate space for a video wall, Avenue displays, and stairs leading to a meeting Boardroom and storage below. Glass panes and roof framing were already present by this past April. 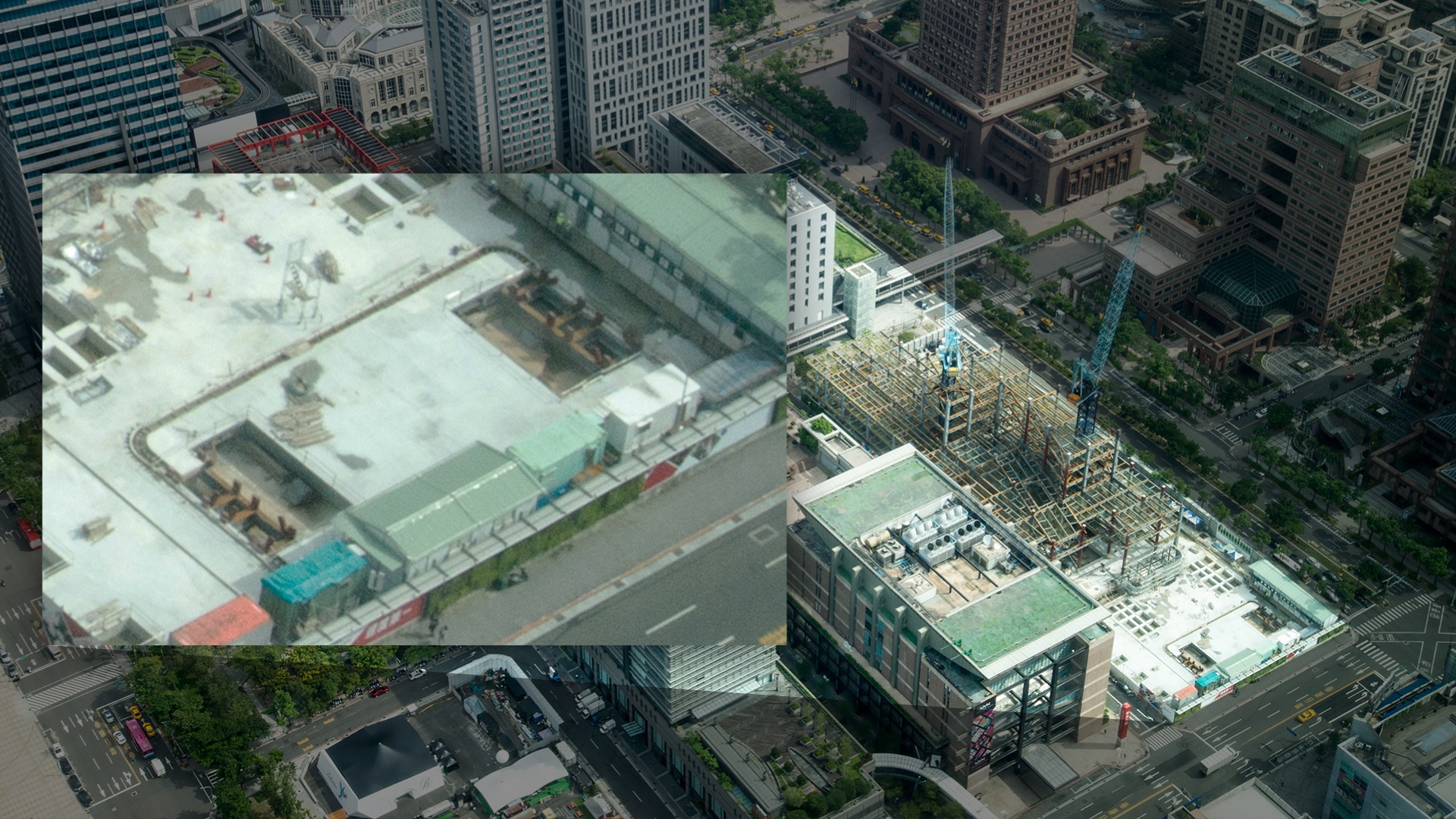 Apple Taipei 101’s arrival was long rumored and later celebrated with hand-cut fabric artwork from artist Yang Shih-Yi that depicted the Banyan tree, a traditional meeting place. With glass walls opening to a public plaza in a bustling downtown district, Apple’s rumored standalone store could further realize the concept of retail as a meeting place – or a town square, as Angela Ahrendts calls it