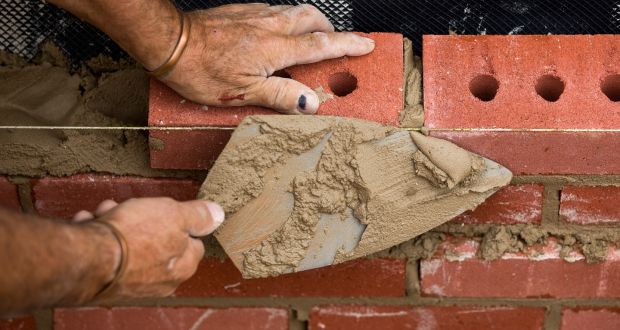 According to MPANI the construction materials sector in the North, would suffer immediate disruption to cross-Border trade in a no-deal Brexit scenario.

A group, led by Conservative MPs, who want to replace the backstop which prevents the introduction of a hard border post-Brexit, have produced “no evidence” that technological advances can deliver “seamless borders”, according to a leading Northern Ireland industry body.

The Mineral Products Association Northern Ireland (MPANI) has warned that a no-deal Brexit would be “catastrophic”.

The industry body, which represents firms that directly employ more than 5,000 people in the North, is highly critical of the Alternative Arrangements Commission which it says wants “a seamless border with no infrastructure and an independent UK trade and regulatory policy”.

The industry group said: “[Having] no Border infrastructure in addition to an independent trade and regulatory policy is very difficult, if not impossible, to achieve.”

According to MPANI, the sector it represents is a key industry in the North which “contributes to the quality of life of every man, woman and child in Northern Ireland”.

It warns that the construction materials sector in the North, which it highlights is particularly essential to housebuilding, farming and transport sectors, would suffer immediate disruption to cross-Border trade in a no-deal Brexit scenario.

According to MPANI, 80 per cent of cement used in the Northern Ireland construction industry comes from just three cement factories in the South. It has also highlighted that many road contracting firms in the North work on local council contracts in the South and it would be concerned about the ability of Northern Ireland firms after Brexit to tender for and win work in the South “as they have done for years” and that the industry is very dependent on a skilled EU migrant workforce.

As a result it says it would be concerned by the introduction of any barriers between Northern Ireland and the Republic.

“Political and community tensions would be created by any change to the current approach to free movement of people and goods across the island of Ireland,” MPANI warns.

It is not the only business organisation in the North this week to be highly critical of proposals put forward by the Alternative Arrangements Commission.

Manufacturing NI and the Freight Transport Association (FTA), have also hit out at the proposals warning that they are unrealistic and would “kill firms”.