However, the five-year analysis understates the volatility of the province’s high-value construction starts. In 2015, average construction start values spiked to $668 million, more than doubling the average value in 2014. The province has been unable to match the 2015 peak since.

While the average deal value has grown just 2% from its 2016 low, the median has suggested a different trend. 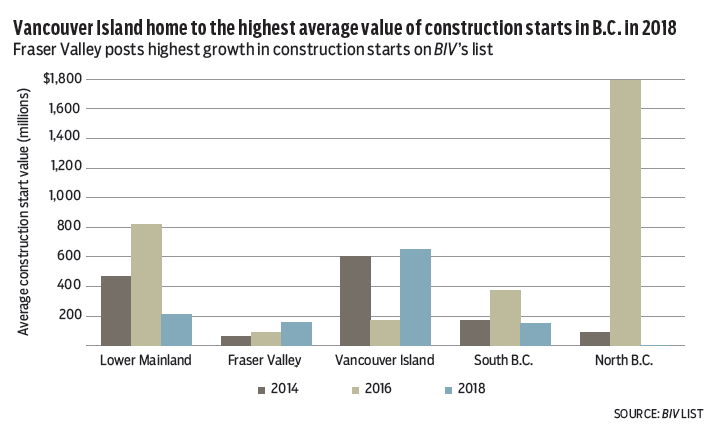 However, despite northern B.C.’s strong performance in 2016, it appears to have been an anomaly as the region had no high-value construction starts in 2018 and only one in 2014, valued at $90 million. 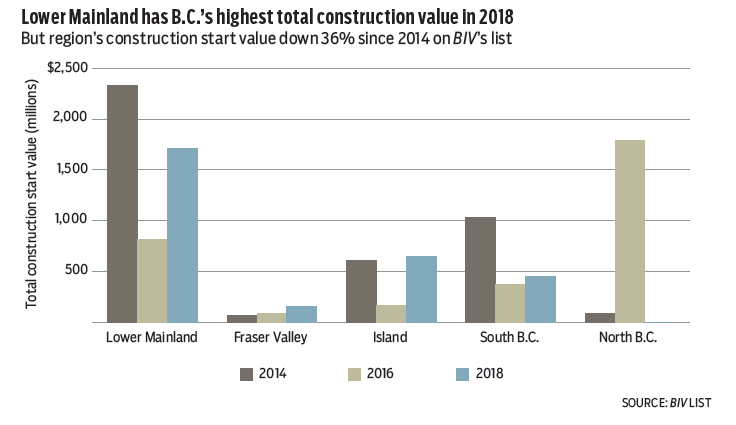 The Fraser Valley posted both the lowest total and the lowest average values for construction starts. Nevertheless, it’s been the only region with consistent growth over the five-year period covered by BIV’s list. It can also claim to be the region with the greatest amount of growth, increasing 143% to $158 million in 2018 from $65 million in 2014. The Fraser Valley and Vancouver Island were the only regions to report average construction start value growth since 2016.