Construction industry may need to recruit from abroad to fill jobs 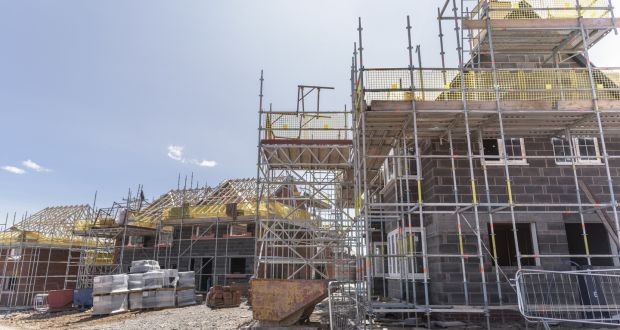 In the analysis, titled Where are Ireland’s construction workers?, authors Thomas Conefrey and Tara McIndoe-Calder found the industry had regained only about one third of the jobs it lost during the economic crash, lagging other industries.

The article is part of the Central bank’s Quarterly Bulletin for 2018.

It also found the profile of workers has changed in the industry, with those now employed older, more likely to be Irish nationals and with higher levels of education than a decade ago.

With the economic recovery since 2012, recovery in employment in the sector has remained weak, bucking general employment trends that have seen levels in other industries rise above the 2007 peak. The article’s authors noted the number at work in construction was 46 per cent lower than in 2007.

“This means that a large number of construction workers who lost their jobs during the 2008-12 period have not regained employment in the sector in Ireland, ” the article said. “The question then arises: where are these workers now?”

“This suggests that a large proportion of construction workers who lost their jobs during the crash are likely to have emigrated. As construction sector output picks up, net inward migration is likely to play an important role in meeting the demand for labour in the sector,” the article said.

It noted the change in age profile and education level of those involved in the industry, with the average age of a worker in 2017, 42.3 years compared with 35.6 a decade earlier. Almost half have a third-level qualification now compared with 28 per cent a decade ago.