Along the Cascais coast, on the west side of Lisboa and inside the Sintra Natural Park, a wonderful modern villa set in the typical landscape of the Portuguese Riviera was developed: the Casa da Quinta da Marinha.

The area, famous for its grand estates, palaces and luxury villas which gained Sintra a UNESCO World heritage designation, is one of the most expensive and exclusive real estate markets and is similarly known for its high standards of living, consistently ranking as one of the best places to live in Portugal.

The villa, designed by Enter Arquitectura, was based on a logic of well-defined vertical planes that structure and organize the houses interior spaces and which in turn release the two horizontal levels that extend to create a game of interior and exterior spaces.

The materials and colors used were chosen to achieve perfect harmony with the surrounding environment. Similarly, the access to the underground garage was designed with the aim of minimizing the visual impact, so the architects chose to install a disappearing car lift IP1-CM MOB by IdealPark.
The car lift becomes an alternative solution to the ramp, combining functionality and aesthetics while preserving and dedicating all the outdoor space to gardens or courtyards.

The lid of the lift is covered with the same material as the surrounding area, thus contributing to a completely invisible result. It is also drivable and can be used as an additional parking area.

The installation of a video surveillance system and a virtual protection perimeter with photocells has made it possible to leave the space around the car lift free from unsightly fences.

Thanks to the IdealPark car lift the owner of the villa can park his classic car safely and comfortably in the underground garage. 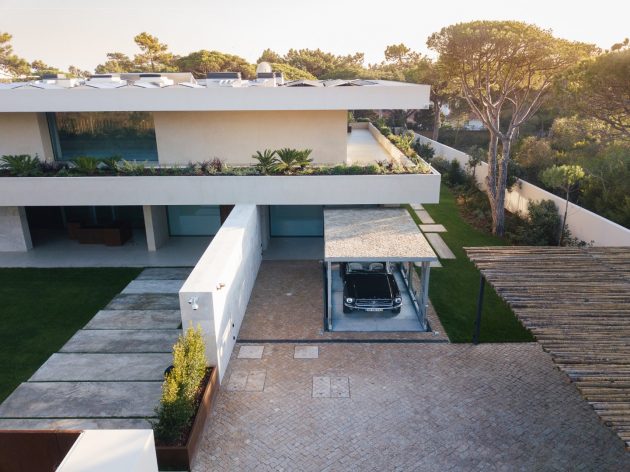 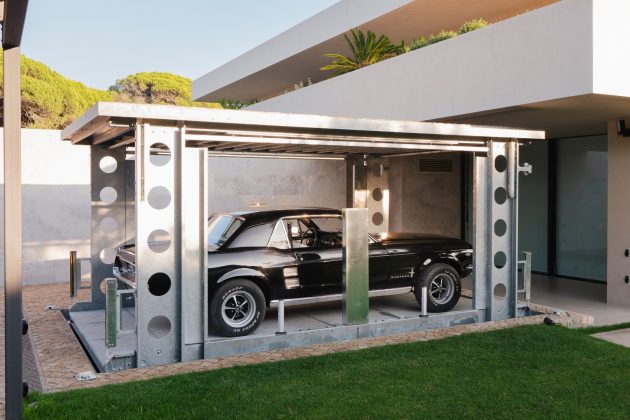 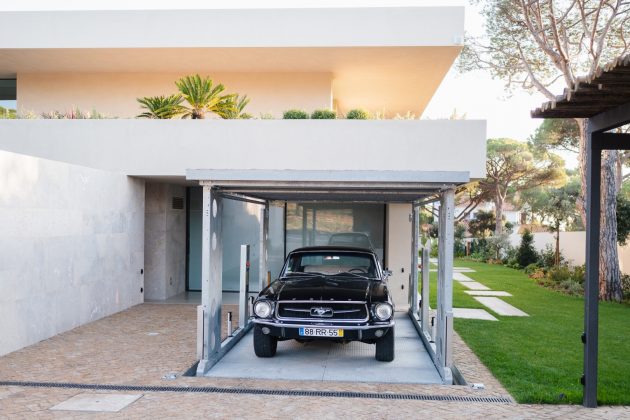 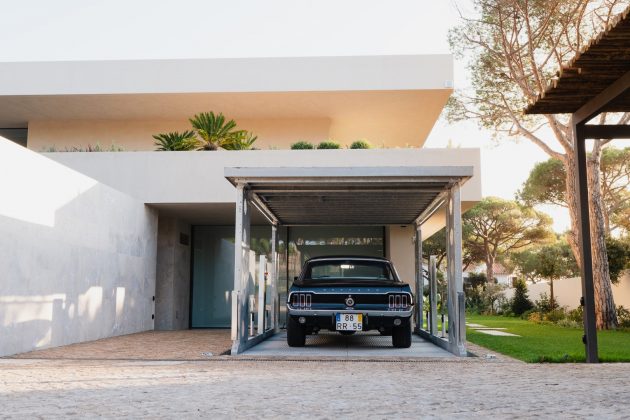 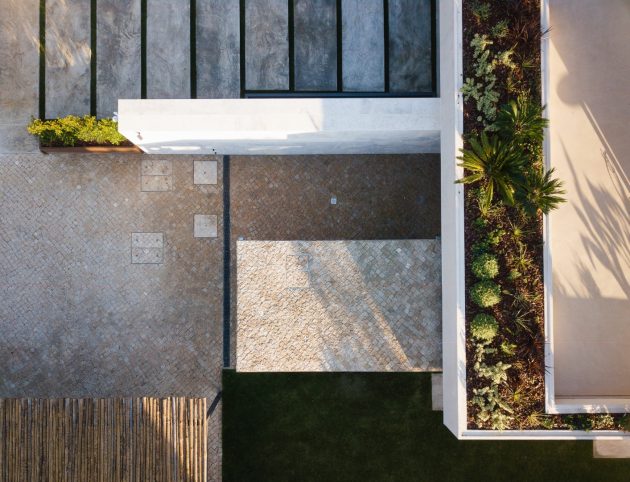 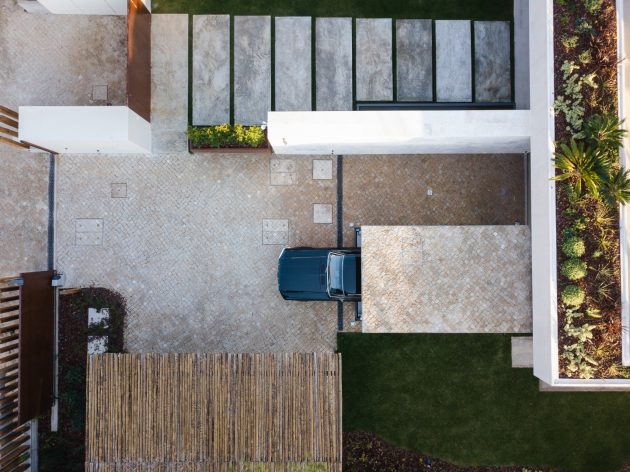 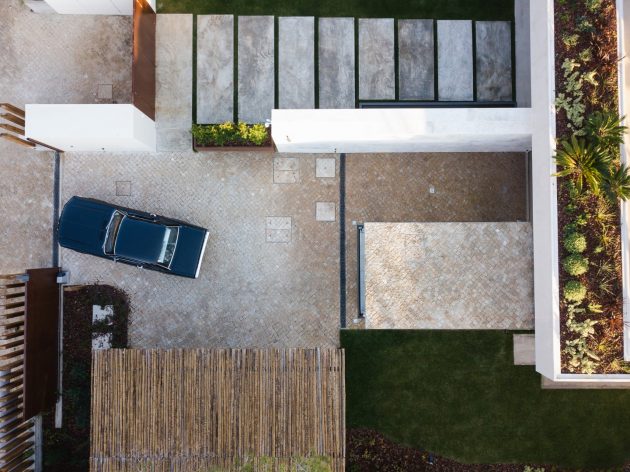 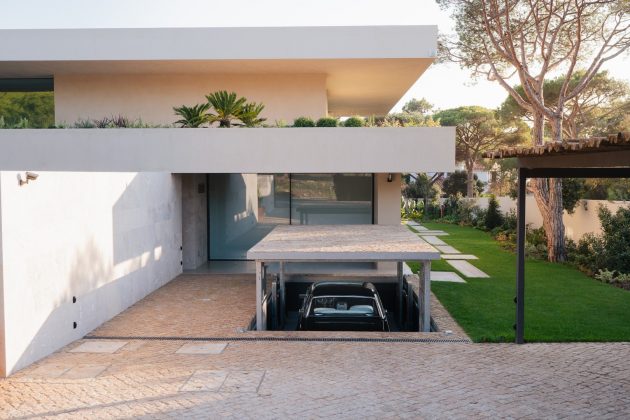 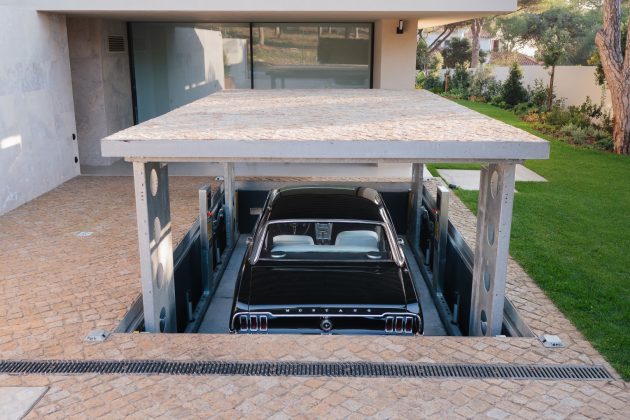 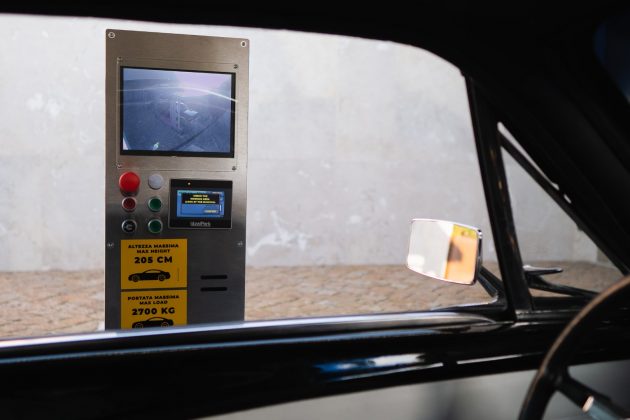 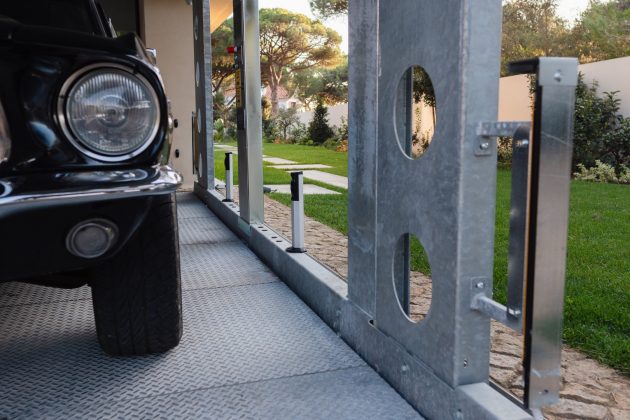 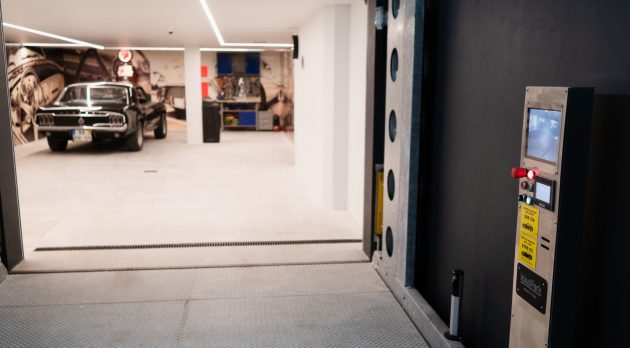 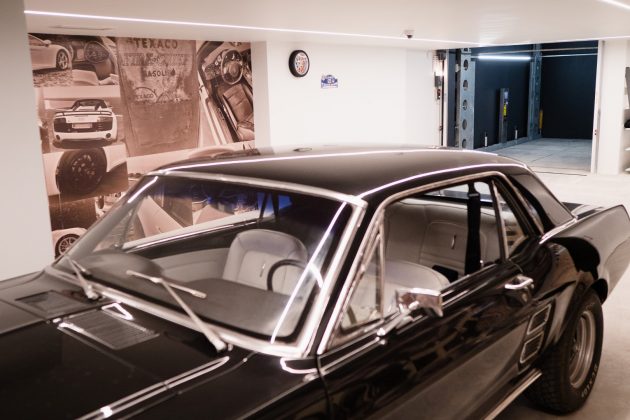 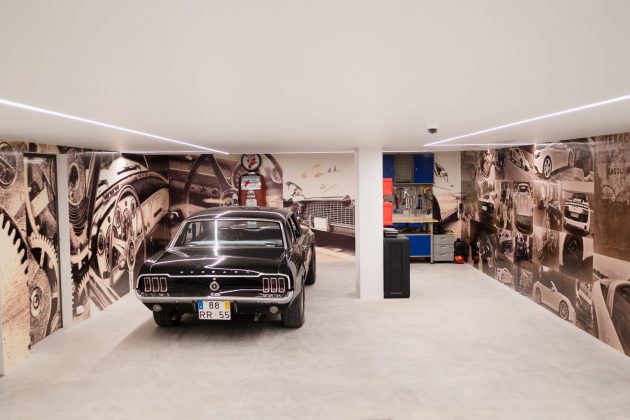 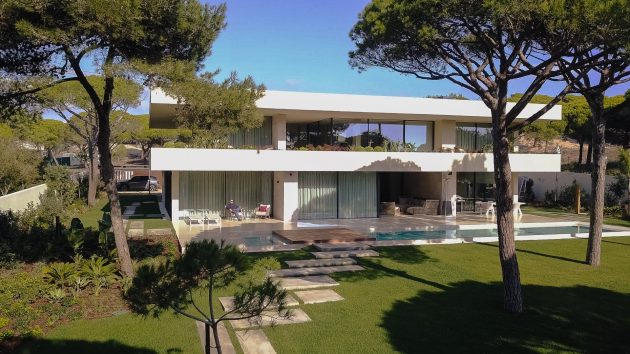 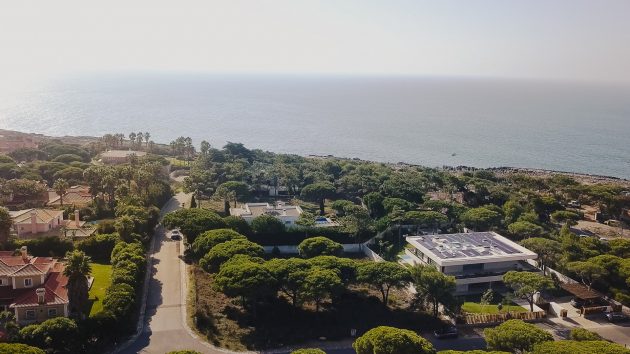