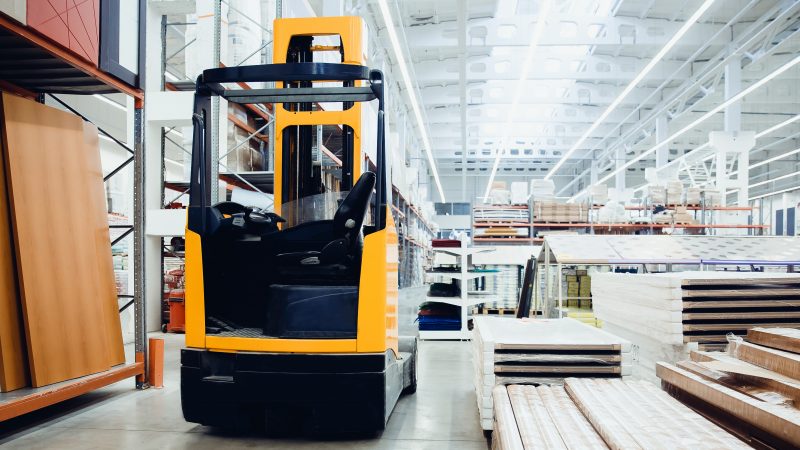 The EU's single market for construction products has been largely defunct, something the European Commission wants to change and make it more environmentally friendly in the process. [Shutterstock/Parilov]

Faced with growing pressure to renovate homes and reduce energy demand for heating, the European Commission has tabled a proposal to revitalise the EU’s moribund market for construction products.

Getting as many homes built or renovated as fast as possible has never been more urgent because of the war in Ukraine.

“We need to reduce our dependence on Russian gas. That’s a fact. 34 million Europeans today live in poorly insulated houses,” explained the EU’s internal market commissioner Thierry Breton as he presented a revision of the 2011 Construction Product Regulation (CPR) on 30 March.

And renovating these homes relies on a functioning market for construction products, which is currently riddled with “over-complex and unclear” rules at national level, the EU executive found.

The overhaul of the EU’s Construction Product Regulation (CPR) is the latest in series of legislative recasts aimed at bringing the EU’s laws in line with its climate ambitions. The Commission’s stated aim is twofold: achieving a well functioning single market for construction products while contributing to the objectives of the green and digital transition.

And the market’s potential is massive. “The construction ecosystem means five million firms and more than 25 million jobs,” Breton explained. “When it comes to building materials alone, we’re talking about 430,000 companies, €800 billion turnover and 10,000 jobs,” he added while introducing the proposed review of the regulation.

Standardisation is at the heart of the recast regulation. But the challenge is huge, with some EU lobbying groups likening the situation in the European construction product markets to the mythical tower of Babel, which fell due to an inability to communicate amongst its builders.

According to the European Parliament, a lack of speed and diligence is part of the problem. Of “the 444 existing harmonised standards for construction products, only 12 new standards were issued after the adoption of the CPR,” the parliament found in a 2020 report.

Furthermore, a “significant number of standards do not fully cover all basic requirements necessary for the use of construction products in construction works,” which could cause safety risks to workers and creates legal uncertainty, the report added.

'Inaccurate' EU energy labels for buildings up for review

Energy performance certificates (EPCs) for buildings are sometimes so inaccurate that they can even become a hindrance to the EU’s climate goals, industry says. The upcoming revision of the EU’s Energy Performance of Buildings Directive could offer a way out.

The new CPR seeks to change this by empowering the Commission to adopt technical specifications and product requirements via so-called “delegated acts”.

The Commission also wants to set up a “harmonised zone” where EU states will be kept away from adopting national rules, according to Article 7 of the proposal, which features a non-exhaustive list of actions EU states are forbidden from taking in order to prevent interference with EU product rules in the zone.

To combat the ambiguity on who is responsible for what, the Commission also wants a “clearer division of member states’ roles” with an information-gathering scheme to pre-empt the needs of EU states and keep the single market intact.

The changes introduced by the Commission in this regard were welcomed by the European Parliament’s lawmaker who drew up the 2020 report. Christian Doleschal, a German lawmaker from the Conservative EPP group, “welcomed” the Commission’s proposal to “clear the backlog of harmonised standards in the construction products sector that has prevailed for several years and close existing legal gaps”.

To support the European Green Deal, the Commission also sought to introduce environmental standards in the regulation as well as a list of sustainability requirements.

But that did not go down well with Doleschal. “I am critical of the fact that the Commission is now also regulating all sustainability requirements for construction products in one and the same regulation that regulates the safe use of construction products,” said the German MEP.

Parts of the industry, on the other hand, welcomed the Commission’s proposal.

He noted the requirements for “minimum recycled content” and the proposal’s aim to cover “climate change effects of construction projects” as positive developments.

Additionally, Briard highlighted the need to ensure that the regulation establishes a harmonised EU standard for “calculating and reporting carbon emissions based on a standard EN 15804 +A2” as well as the somewhat familiar method laid out in the Level(s) framework from 2018, which also features in the EPBD.

Either way, the CPR likely won’t be the green juggernaut that most expect the Energy Performance of Buildings Directive (EPBD) to be. But it continues to be central to ensuring the functionality of the construction product single market.